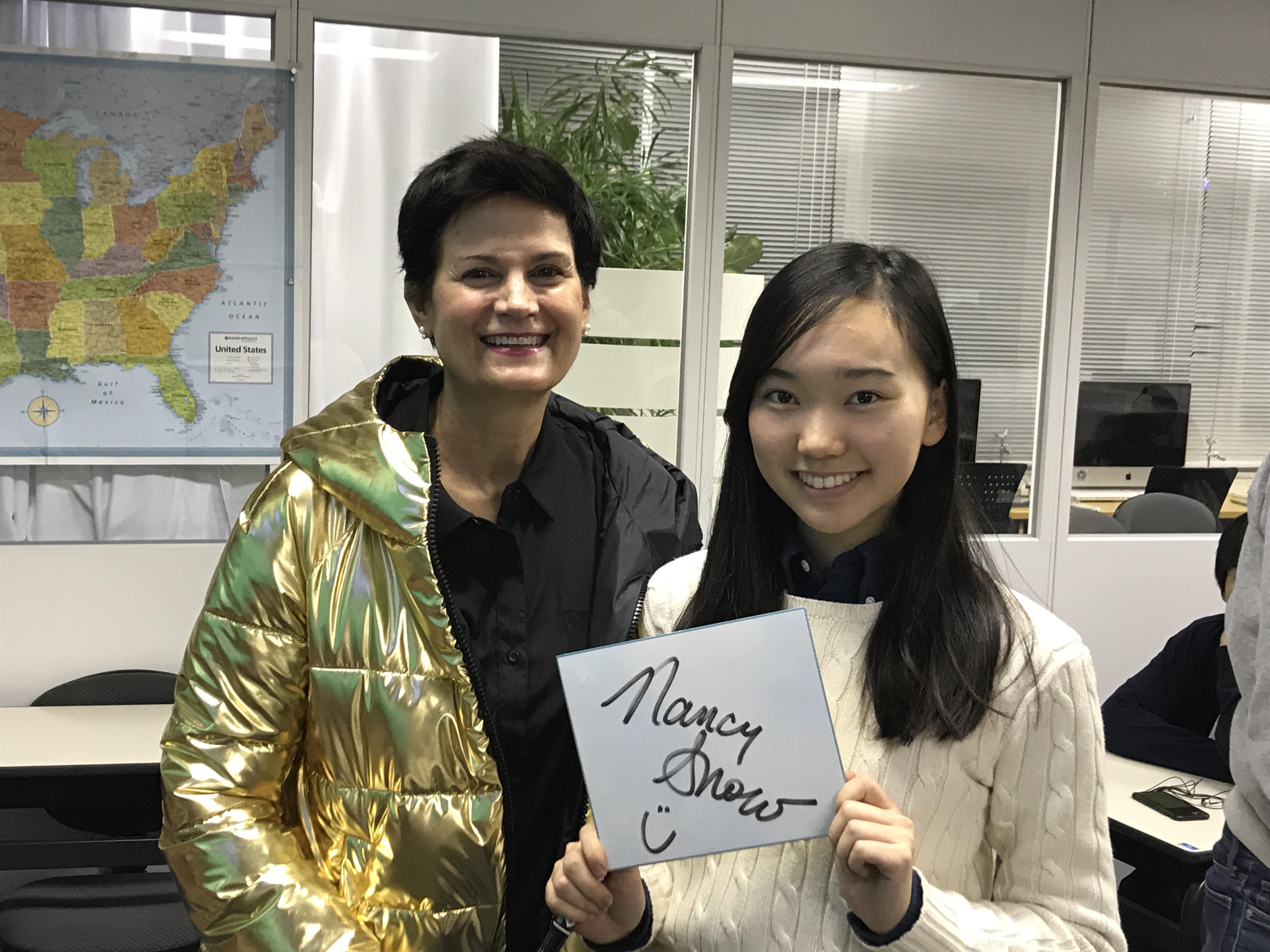 Snow is an opinion writer for Nikkei Asia in Tokyo, Japan, the English-language version of Nikkei, which also owns The Financial Times.

Snow was a ten-year blogger at The Huffington Post. In addition, she blogged frequently for Common Dreams and AlterNet. Her writings have been widely published, including in the Washington Post, New York Times, Los Angeles Times, Japan Times, The Diplomat, ACCJ Journal, Japan Today, The Guardian, EURObiZ, and Metropolis.

Nancy published her first article in the Richmond Times-Dispatch when she was 10.  It was about the importance of Earth Day.

The Japan Foundation is key to the country’s soft power Jan 6, 2023

By working together, China and Japan can revive their economies Sept. 29, 2022

Fumio Kishida is the global communicator Japan should emulate  Nov. 12, 2021

The Olympics are here but at what cost to Japan’s reputation  July 13, 2021

Opposing the Olympics has helped the Japanese people find their voice  May 26, 2021

The cringeworthy countdown to the Summer Olympics  April 28, 2021

China must not become the new cancel country  April 7, 2021

Japan’s government gets no credit for coronavirus response  May 27, 2020

What 10 Days in Noble Silent Meditation in Japan Taught Me  Japan Forward Jan. 18, 2020

Teppanyaki: A Japan cooking tradition made in America Japan Today

Japan has much to teach America about guns Japan Times

Is America on track to be the Great Satan again? Japan Times

Ise Jingu: Telling Japan’s story to the rest of the world Japan Times

Megumi Hagiuda: A Rose by Any Other Name ACCJ Journal

Harry Kosato: The World is His Oyster ACCJ Journal

In lieu of taking in refugees, Abe opens up checkbook Japan Times

The heart of a city  ACCJ Journal

The Bits and Bricks of Soft Diplomacy ACCJ Journal

Shaking Hands with the World (Voices of Japan) ACCJ Journal

Holding up half the sky: let’s give Japanese women a hand Metropolis

Why I Turned Down Hustler Los Angeles Times